Understanding "A Separate Peace"
A Novel by John Knowles

● Analysis, Critique, Reviews, and General Resources on A Separate Peace

● Study Guides on A Separate Peace

● Lesson Plans and Webquests on A Separate Peace

● Miscellaneous Sites on A Separate Peace including Games, Quotations

● Links to other A Separate Peace Web Sites

Note: Some topics may be overlapped. 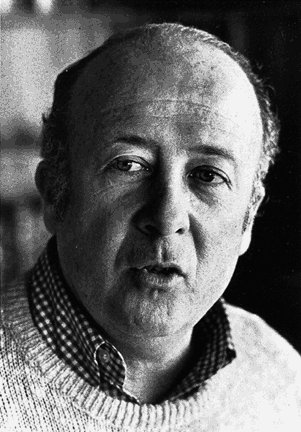 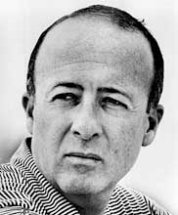 Biography of John Knowles (1926-2001) from GradeSaver.com. "John Knowles was born in 1926 in Fairmont, West Virginia; at age 15, he became a student at Phillips Exeter Academy, a well-known boarding school in New Hampshire, not unlike Devon, the fictional school he writes about in A Separate Peace."

John Knowles Biographyfrom Book Reports. "John Knowles was an American author born in Fairmont, West Virginia in 1926.
His father was the vice president of a coal company and as a result, the Knowles' lived comfortably. Knowles graduated from Phillips Exeter Academy in 1945 and went into the army afterward, serving in the Air Force during World War II ...
"A Separate Peace" is a coming-of-age novel published in 1959 and written by John Knowles. The novel is Knowles first and best-known published work. It is based on a previous short story of his titled, 'Phineas' ... "

John Knowles, 75; Wrote 'A Separate Peace' by Elaine Woo. Los Angeles Times Archive, December 01, 2001. "Novelist John Knowles, whose 1960 book "A Separate Peace" became a modern classic for its sensitive evocation of adolescent conflict, died Thursday after a short illness at a convalescent home near Fort Lauderdale, Fla. He was 75."

John Knowles from Wikipedia, the free encyclopedia. "Born on September 16, 1926 in Fairmont, West Virginia and died on November 29, 2001. He was an American novelist, best known for his novel A Separate Peace."

Knowles Now Thirty Years After He Wrote A Separate Peace, John Knowles Is Coming to South Florida to Teach Creative Writing -- Even Though He Says, "Everybody Knows You Can't Teach Anyone to Write." March 15, 1987, by Chauncey Mabe, Books Columnist, Sun-Sentinel.

A Separate Peace: A Special Time, A Special School. Essay by John Knowles, 1945. "The novel has one peculiarity for a school novel: It never attacks the place; it isn't an exposé; it doesn't show sadistic masters or depraved students, or use any of the other school-novel sensationalistic clichés. That's because I didn't experience things like that there. I found there a gorgeous world prepared to shape me up, and I tried to present and dramatize that."

'Separate Peace' author John Knowles dies by Terry Spencer, The Associated Press, Berkeley Daily Planet. "John Knowles leaves behind a legacy that included nearly a half-century of writings and nine novels, but none matched the success of 'A Separate Peace' - considered an enduring study of an adolescent's inner conflict."

Analysis, Critique, Reviews, and General Resources on A Separate Peace

Amazon.com 5-Star Reviews on A Separate Peace by customers.

● Essay about A Separate Peace: the Theme Rite of Passage from Bartleby.

Plot Structure Analysis,Themes Analysis - "A Separate Peace is a novel involving an adolescent's attempt to understand his world and himself. " Symbolism, Motifs, Imagery - "Knowles incorporates many vivid images into his novel. The first part of the book contains abundant pastoral images and descriptive passages." From Pinkmonkey.com, Monkey Notes.

Review: A Separate Peace by John Knowles from Care's Online Book Club. What's it about? Is it well-written? Why do you think this is on so many banned book lists?

A Separate Peace by John Knowles - Book Review from Amazon.com. By Aubrey Menen: "I think it is the best-written, best-designed, and most moving novel I have read in many years. Beginning with a tiny incident among ordinary boys, it ends by being as deep and as big as evil itself."
By Warren Miller: "Mr. Knowles has something to say about youth and war that few contemporary novelists have attempted to say and none has said better."
Description from School Library Journal:
Grade 9 & Up--"The volatile world of male adolescence provides the backdrop for John Knowles' engrossing tale of love, hate, war, and peace. Sharing a room at Devon, an exclusive New England prep school, in the summer prior to World War II, Gene and Phineas form a complex bond of friendship that draws out both the best and worst characteristics of each boy and leads ultimately to violence, a confession, and the betrayal of trust ... Intense, mesmerizing, and compelling, this rendition of a classic coming-of-age tale belongs in all public library collections, and will be especially helpful to high school students as an accompaniment to the written text." By Cindy Lombardo, Orrville Public Library, OH.
Biography - John Knowles, who died in 2001, was a graduate of Phillips Exeter Academy and Yale University, as well as a recipient of the William Faulkner Award and the Rosenthal Award of the National Institute of Arts and Letters.

Study Guides on A Separate Peace

About the Novel - A Brief Synopsis. A Separate Peace by John Knowles. Summaries and Commentaries, Chapters 1-13 from Education.Yahoo.com.

Critical Essays From Innocence to Experience in A Separate Peace from Cliffs Notes.

Lesson Plans and Webquests on A Separate Peace

Electronic Time Capsule: A Web Quest of the 1940s. A Separate Peace Web Quest by Cindy Adams. "It is now 2004--more than 60 years after Gene graduates and leaves Devon School. Imagine that Gene once again returns to Devon School and reflects on his experiences as a sixteen-year-old boy attending the preparatory school in 1942 during World War II."

A Separate Peace Webquest: A Teenager Experiences World War II from Quia (Quintessential Instructional Archive). The Question: What would it have been like to have been a teenager during World War II? How would teenagers of today deal with the conflicts of war and friendship? Includes My Quia activities and quizzes.

A Separate Peace Webquest from Mrs. McCarthy's Class, Utica High School, Shelby Township, MI. "A Separate Peace is a novel that may be difficult to understand since it is set at a private boys' boarding school during World War II ... The novel deals with the relationship of two best friends, Gene and Finny, who share a brotherly bond ... In order to fully appreciate Gene and Finny's relationship, we need to understand what the United States was like during WWII. Understanding the culture of the time period and life of high school soldiers ... Activity 1: World War II. Activity II: Culture of the 1940s. Activity III: High School Soldiers."

Vocabulary from A Separate Peace by John Knowles. 73 words have been selected, listed alphabetically to encourage study.

A Separate Peace: 1942 & 1972. "A Separate Peace" Interview from November 1972 Issue of Ingenue Magazine. Author John Knowles and stars Parker Stevenson and John Heyl talk about then and now.

A Separate Peace (1972). New York Times Movie Review by Vincent Canby, Published September 28, 1972. "Larry Peerce's film version of 'A Separate Peace' is so good and true in small, subsidiary details of costume, music, weather and such that the ultimate banality of what it's all about is just that much more apparent..."

A Separate Peace (1972). New York Times Movie Review Summary. "Seven teenage prep-school students become young men as they face the realities of WW II in this drama set in 1942. Much of the tale centers on two roommates who seem exceptionally close ... But when one feels betrayed by the other, he acts out of anger and ultimately causes the other to become a cripple." By Sandra Brennan, All Movie Guide. Title: A Separate Peace. Running Time: 105 Minutes. Status: Released. Country: United States. Genre: Drama.

Student Projects on A Separate Peace

Separate Peace Essay: Self-Examination in A Separate Peace from 123 HelpMe.com. "Knowles' book focuses on the adolescent period of life. Adolescence is a very confusing time of life, primarily because a person fluctuates from wanting to be a child and being innocent to wanting to be an adult and questioning life." See also Knowles, John 1926 - : Critical Essay by James Ellis free excerpt of 185 words from BookRags.com.

Miscellaneous Sites on A Separate Peace including Games, Quizzes, Quotations

Important Quotes from A Separate Peace from Study.com.

Links to other A Separate Peace Web Sites