My Grade Seven Son Missed His Hepatitis Shot -
What Are My Options?

This article originally appeared on page 21 in the March 15-16, 2003 issue of
The Mississauga News under the feature: Health & Wellness, Doctor's Corner. 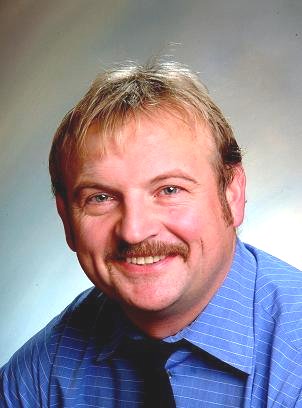 Immunizations are always a touchy subject. We now have at least 25 different vaccines to choose from, with at least that many more in development with the aid of genetic manipulation. Not all vaccines are recommended nor required. However, there are a certain group of diseases for which vaccination is readily available that are considered mandatory for one to attend school in this province [Ontario]. These include: tetanus, diptheria, pertussis, Haemophilus influenzae, poliomyelitis, measles, mumps, rubella, and hepatitis B. You must provide documentation of having received the shots or proof of immunity to your local health department in order to continue through the school system. Now, confusion arises since we run numerous immunization programs concurrently. Most of these shots are provided through your doctor's office to infants and toddlers in the first few years of life. Hepatitis B is the exception. Several years back, the decision was made to purchase vaccine in bulk and immunize children en masse. The question was when? Since hepatitis B could be transmitted through intercourse, the best strategy was to immunize before there was any chance of this occurring, and so students in Grade 7 became the prime target group.

The hepatitis B shot is a series of three shots given during the Grade 7 school year. In special cases, they are administered to infants. If one is missed, you have the option of contacting the health department and attending a clinic, or you can request that vaccine be provided and have your own physician perform the immunizations. If one of the mandatory shots is not on the health department record, then your youngster may receive a strongly worded letter that under law they are about to be suspended from school, unless the information is provided or corrective action taken. In most cases, all you have to do is call in the date of the missing shot.

This brings me to one of my pet peeves about immunizations and record keeping. Standard medical practice dictates that anytime a physician administers a vaccine that a record be kept of the type, lot number, expiration dose, amount administered, site injected, as well as any reactions. This is all vital, and done in order to safeguard against any future recalls or reactions. Many times patients inform me that they receive a shot somewhere else, but have no idea of which vaccine or lot number was administered. Other times, parents bring brightly colored stick-ons with only a date stamp affixed. This leaves gaps in your medical record. It is a good idea to carry your yellow immunization card with you, and have it fully completed anytime a shot is given. You should always exercise your right to know which vaccine and lot number you are receiving.

There are also publicly funded optional or special use vaccines. These include: influenza vaccine (flu shots), rabies, tuberculosis, hepatitis A, and other more exotic ones. Newer vaccines such as Prevnar and Menjugate are neither mandatory nor publicly funded. Often times, they are recommended but are expensive. To stir the waters even more, it appears that West-Nile vaccines, AIDS vaccines, cancer vaccines, strep vaccines, and several other meningitis vaccines are in clinical trials or on the near horizon.

● Viral Hepatitis: Hepatitis A, B, C, D, and E from Centers for Disease Control and Prevention (CDC).

● Hepatitis B Basics from hepb.org.

● Hepatitis C: The Basics from hepmag.com: Your Guide to Hepatitis.